Overweight and obesity are defined based on body mass index (BMI), which is determined as weight (kg) divided by height2 (m). A healthy BMI range is 18.5–24.9 kg/m2. Overweight is defined as a BMI from 25–29.9 kg/m2, and obesity is defined as BMI ≥ 30 kg/m2. Obesity can be further subdivided based on subclasses of BMI as shown below. Waist circumference can be used in combination with a BMI value to evaluate health risk for individuals.

Categories of BMI and disease risk relative to normal weight and waist circumference:

According to the latest statistics over a third of our children aged 2-11 are overweight and of those, half could be considered obese (Read more…). Knowing that diabetes, heart disease and certain cancers are directly linked to the amount of body fat we carry and the types of foods we eat, the prevalence of these diseases are expected to sky rocket.

Why Starving or Dieting Doesn’t Work

The statistics show that diets alone don’t work. Physician and author Dean Ornish, a physician and president and founder of the nonprofit Preventive Medicine Research Institute in Sausalito, California, as well as Clinical Professor of Medicine at the University of California, San Francisco. reports that 66% of dieters regain all their weight within one year, and 97% gain it back within 5 years. When we starve our body we lower our metabolism and essentially turn off our fat burning furnace because our body stores the food we eat as fat to ensure that we have lots of fat for the next famine. This viscous cycle trains our body to store food as fat.

CLA (Conjugated Linoleic Acid) is a naturally occurring polyunsaturated fatty acid present in small quantities in many foods (e.g. meat and dairy products). However, the changes in the way beef, chickens, and other animals are fed and raised over the past few decades has resulted in a drastic reduction in the amount of CLA in the average North American Diet. Although the human body does not make CLA, it is readily absorbed from food and in supplement form.

CLA is essential for the delivery of dietary fat into cells; it transports glucose into cells where it can be used to build muscle and produce energy rather than being converted to fat. This mechanism of action of CLA makes it a useful supplement in weight loss programs. Deficiency studies in humans have not been conducted; however, scientists think that weight gain might be a result of a deficiency.

CLA is also a very potent antioxidant and exhibits properties which enhance the immune system.

A meta-analysis comparing the results of many studies on CLA supplementation concluded that taking 3.2 grams of CLA supplement daily was effective in decreasing fat mass. Also, the authors of this meta-analysis concluded that the results of the studies that were unable to show a statistically significant reduction in fat mass after using CLA supplementation were not reliable because they either had too few subjects or the duration of the experiment was too short. Read more…

Also, a randomized double-blind study on forty-eight obese participants showed that a 12-week CLA supplementation led to increasing their lean body mass (the body weight minus the body fat) by 0.64 Kg for participants who took 6.4 grams  of CLA daily. Read more…

Furthermore, a study on obese children between 6-10 years of age showed that after 7 months of using CLA supplementation, body fat percentage decreased significantly in the group receiving CLA [(−0.5 ± 2.1%) vs (+1.3 ± 1.8%)]. Note that the negative sign shows a reduction in weight while the positive sign shows a weight gain. Moreover, the abdominal body fat as a percentage of total body weight of the group that received CLA significantly decreased (−0.1 ± 0.9%) compared to the other group (0.4 ± 0.6%). Read more…

No known toxicity or serious side effects have been reported.

Use with caution in individuals with diabetes or in those who may be predisposed to hypoglycemia (low sugar level).

Caution is also warranted as t10c12 CLA increased insulin resistance and dyslipidemia in individuals with metabolic syndrome (Metabolic syndrome is the name for a group of factors that increase one’s risk of heart disease, stroke and diabetes; these factors include a large waistline, low “good” HDL cholesterol, as well as high blood pressure, high triglycerides (blood fats) and high blood sugar levels). Blood sugar should be monitored regularly as dosage of hypoglycemia medications may require adjustment.

Use with caution in individuals with autoimmune disorders or those who are using immunosuppressant agents.

Effects of drugs with hypoglycemic activity may be potentiated (including insulin and oral hypoglycemics).

Use with caution in individuals who are using anti-hypertensive agents.

The estimated daily intake of CLA for women is 0.35 g/day and for men is 0.43 g/day, predominantly from milk and milk products.

Add 1 scoop to 250ml of water, yogurt, coconut milk or blend into a smoothie to taste. for weight management, take 2 scoops a day for a total of 5000mg of CLA. Take a few hours before or after taking other medications.

Adults (12 years and older): Take 6 capsules of CLA Plus per day with food.

Green tea is made from the Camellia sinensis plant. Unlike black tea, green tea is not fermented, so the important molecules of green tea like polyphenols are not destroyed in the process and can produce the beneficial health effects. Catechins is the major component of green tea extract that is thought to aid in weight loss. The mechanism of action of green tea preparations in reducing weight is not fully known but researchers believe that it involves thermogenesis (increasing energy expenditure).

A randomized double-blind study assessed the effect of green tea preparations on 240 subjects. After 12 weeks, the green tea group who ingested 583 mg of green tea preparations daily experienced a significantly greater reduction in waist circumference (~2.5 cm) and body fat mass (~2.5 Kg) compared to the other group that did not receive green tea. Physical activity and dietary intake of the subjects remained the same during the experiment period. Read more…

Another study examined the effect of green tea on 38 normal to overweight subjects who were 24-46 years old. Their dietary intake remained the same during the study period. After 12 weeks, the reduction in waist circumference of the group that received 690 mg catechins daily was significantly greater that that in the group that did not receive green tea (−3.4 ± 0.5 cm vs. −1.6 ± 0.4 cm).  Moreover, there was a significant reduction in the total fat area (visceral fat area plus subcutaneous fat area obtained through CT image) of the group that received green tea compared to the control group: (−16.7 ± 3.0)cm2 vs. (−4.4 ± 4.1) cm2. Read more…

No known toxicity or serious side effects have been reported. Prolonged or large doses might cause adverse effects such as stomach upset.

Use with caution in pregnancy, lactation and in children < 2 years old. Caution is also required for individuals with anemia, hepatic disease or certain types of cancer such as breast or prostate.

We carry a product called CLA Plus, which contains both CLA and Green Tea Extract. Please refer to above for more details.

Adults (12 years and older): Take 6 capsules of CLA Plus per day with food. 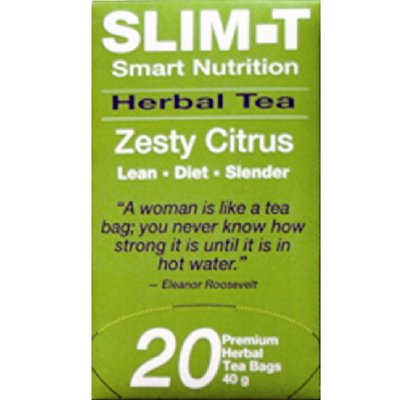 A very well-researched ingredient derived from carob called Chirositol has been involved in more than 30 published studies at the Virginia Medical School over the past 25 years. A couple of the articles can be found here: Read more… Read more..

Research on Chirositol has shown excellent results in the treatment of insulin resistant conditions like type 2 diabetes, metabolic syndrome and PCOS as well as weight loss and especially belly fat. Chirositol stimulates insulin activity, helps to regulate glucose levels, and pushes glucose into the cells where they are supposed to be (not leaving it in the blood), which in turn helps to normalize blood sugar levels. Elevated blood sugar after eating is one of the causes of weight gain and belly fat. This happens because insulin is produced by the pancreas to take glucose from blood stream into cells and if glucose is lying around in your blood, your body thinks it needs to produce more insulin to take these glucose molecules into cells. Eventually, your cells can become resistant to insulin, due to excess insulin levels in your body. Insulin resistance is a pre-diabetic condition. Type-2 diabetes and metabolic syndrome as well as elevated cholesterol and triglycerides ultimately result if elevated blood sugar is not controlled. And all this is what causes belly fat and weight gain.

In women, when insulin levels increase, some male hormones, particularly testosterone, are produced in excess by the body. When insulin and testosterone are elevated, women develop hormone related conditions like acne, male-pattern facial hair growth (e.g. hair above the lip, on and under the chin), infertility, and polycystic ovarian syndrome (PCOS). Chirositol has been researched for the treatment of PCOS with excellent results in restoring fertility, reducing weight, and halting male facial hair growth and acne.

One study assessed the effect of chirositol on insulin sensitivity on 30 healthy subjects (18-65 years old). The results showed that 45 to 60 minutes after the ingestion of 6 g chirositol , the level of glucose and insulin in blood was significantly reduced (i.e. cells became more sensitive to insulin and more glucose entered the cells) compared to the group that did not ingest chirositol. Read more…

A randomized, controlled clinical trial published in a 2010 issue of the journal Gynecological Endocrinology, for example, found that a daily dosage of 4 grams myo-inositol and 400 mcg folic acid significantly increased ovulation and conception rates in infertile PCOS women compared with 1,500 mg daily of metformin. Read more…

Possibly safe for most adults. It might cause dizziness, tiredness or nausea.

The safety of chirositol for pregnant or lactating women is unknown.

Direction for Use: Take 1 capsule per day. If you are over 160 lbs, take 2 capsules per day or as directed by a health care practitioner. Take with food.

When you are under constant stress, your adrenal glands pump out a hormone called cortisol to help you deal with the stress you are facing. Elevated cortisol is associated with elevating insulin, blood sugar problems, fat accumulation, difficulty handling stress, insomnia and more. Cortisol also causes fat cells to change structure and become resistant to fat loss. For these reasons, it is imperative to reduce stress and to support the adrenals too.